Shearer earned a PhD in cultural anthropology in May 2017 from Duke University. His dissertation, "The Kigali Model: Making a 21st Century Metropolis," focuses on the markets, neighborhoods and streets where residents of Kigali (the capital city of Rwanda) encounter new architecture and design strategies that are aimed at converting their city into a global metropolis with world-class tourist facilities, high-tech service industries and a “green” urban metabolism. Many city residents, however, experience these processes through mass evictions, market closures and an ongoing utility crisis in the city. In response, they are going kukikoboyi (literally “to cowboy”), creating rogue markets, housing settlements and ad-hoc utility networks. His research explores these divergent practices of city-making to show that in the process a new Kigali is being built: a 21st-century metropolis that, despite being a rogue version of its planned future, is a cosmopolitan urban center that no single interest, process or population fully controls.

While in residence at the humanities center, Shearer will be working on two projects. First, he will edit his dissertation as a book manuscript. Second, he will pursue a new research project following the lives of Rwandans who have recently left Kigali for other cities in the region: Lusaka, Zambia; Lilongwe, Milawi; and Kampala, Uganda. 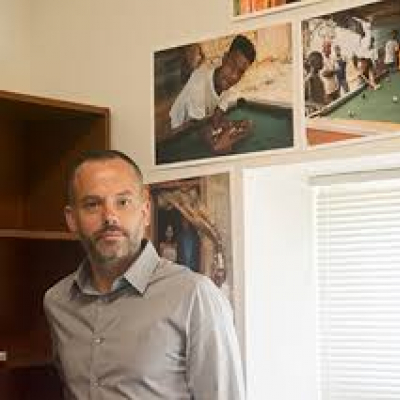