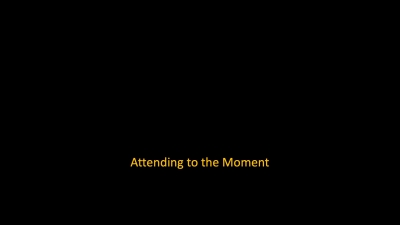 The connections between research and teaching, advocacy and activism in Cultural Anthropology date back to the early days of our discipline and remain a critical aspect of what many of us work on, write about, and teach. At its heart, a discipline committed to anti-racism, social justice, and equality, we find ourselves both moved by the courage of a multitude in struggle and outraged by police brutality, right wing agitation, and the defense of both at the highest levels of the state.

It is striking to note the timing of the current nationwide protests. While they began as a call for justice following the murder of George Floyd at the hands of Derek Chauvin; deepening to acknowledge other Black and Brown and Indigenous deaths—Sandra Bland, Trayvon Martin, Michael Brown, Freddie Gray, Philando Castile, Tamir Rice, Selena, Kaysera, Ashley Heavyrunner Loring—the protests have become something bigger, deeper, righteous. This past weekend marked ninety-nine years since the Tulsa Race Massacre of May 31-June 1, 1921 in which hundreds of Black Tulsans were slaughtered, Black Wall Street decimated, and nary the demand for justice heard in the aftermath. Then, as now, the call to mobilize the National Guard in Tulsa signaled a longstanding and abiding fear brought of Black people living in a society unwilling to acknowledge and reckon with a history of slavery, terror, and dispossession.

Cultural Anthropology joins then the many voices expressing rage at the most recent police murders of Black people and grief at the loss of these lives and all their potential. George Floyd, Breonna Taylor, Tony McDade, Ahmaud Arbery. They join the names of so many others unjustly destroyed by state power deployed under the sign of white supremacy. We mourn with their families and communities and uphold the fundamental human right to protest. We stand with those who refuse to swallow this bitterness or to be intimidated by the brutal police tactics unleashed on peaceful protesters. We also insist that these deaths are the result of very large and centuries-old structures of violence that are revealed in the woefully disproportionate loss and suffering that the COVID-19 pandemic is wrecking on African American, Latinx, and Indigenous communities. Some of these unnecessary deaths are sudden, others are slow, the accumulation of smaller violences that produce the terrifying statistics of mass Black and Brown death. The demand “No Justice, No Peace” does not only mean that the individuals responsible for the deaths of George Floyd, Breonna Taylor, Tony McDade, Ahmaud Arbery and so many more be tried and punished, but that the larger assemblages of racialized power built on assumptions of deference, toxic masculinity, deep-seated corruption, exclusion, and exploitation must be abolished. We also know that these structures are not only “out there.” They are close to home in the University and inculcated into most of us raised in a society built on the attempted genocide of Indigenous people and the forced labor of the enslaved and incarcerated. The violent repression of the constitutionally protected right to protest and increasing militarization of such policing are a continuation of these histories.

We stand in solidarity with our students and colleagues who are struggling for justice and safety in our institution, our surrounding community, and our society at large. It is our duty to love and protect one another. It is our duty to keep these struggles alive in our classrooms and our research. Our discipline’s historic commitment to anti-racism, social justice, and equality must be renewed for this century, because as W.E.B DuBois noted, its problem remains the color line.