A Genocide in Our Time?: China’s Internal Campaign Against a Muslim Minority with Sean Roberts and Mustafa Tuna

Speaker(s): Sean R. Roberts is an associate professor of the practice of international affairs and director of the International Development Studies Program at George Washington University’s Elliott School of International Affairs. He lives in Washington, DC. Twitter @robertsreport

Mustafa Tuna is Associate Professor of Russian and Central Eurasian History and Culture in the Departments of Slavic and Eurasian Studies & History at Duke University and is affiliated with the Duke Islamic Studies Center and the Duke Middle East Studies Center.

Moderator: Nancy MacLean is the William H. Chafe Distinguished Professor of History and Public Policy and an award-winning scholar of the twentieth-century U.S., and author of Democracy in Chains: The Deep History of the Radical Right’s Stealth Plan for America.

Within weeks of the September 11 attacks on New York and Washington, the Chinese government warned that it faced a serious terrorist threat from its Uyghur ethnic minority, who are largely Muslim. Mustafa Tuna will interview Sean Roberts about his explosive new book, which reveals how China has been using the US-led global war on terror as international cover for its increasingly brutal suppression of the Uyghurs, and how the war’s targeting of an undefined enemy has emboldened states around the globe to persecute ethnic minorities and severely repress domestic opposition in the name of combatting terrorism.

“Sean Roberts has done an immense service for all those who need to put headlines about Chinese repression of Uyghurs in recent years in proper context. Describing how the rhetoric and practices of ‘global war on terror’ since 2001 have led to the mass internment, persecution, and surveillance of the population, Roberts shows that the Chinese campaign has chillingly aimed at nothing less than the destruction of Uyghur identity. This account is masterful, and educational and enraging by turns.”—Samuel Moyn, author of Not Enough: Human Rights in an Unequal World.  Read more.

Learn more about this issue:

Journal of Genocide Research, Nov. 2020: Why Scholars and Activists Increasingly Fear a Uyghur Genocide in Xinjiang by Joanne Smith Finley 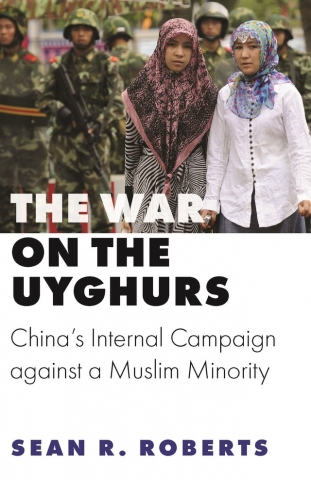