Ph.D. Alumna Captures Soundtrack of a City in the Making 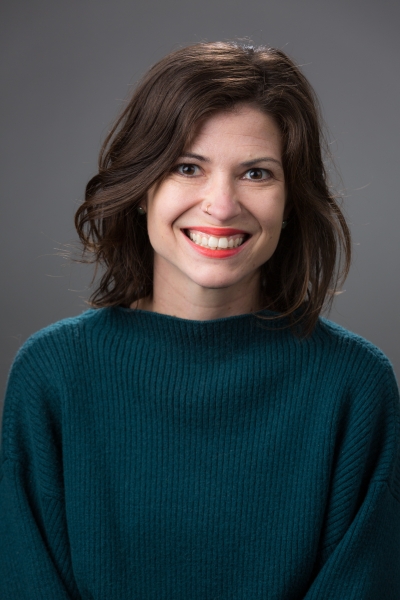 Joella Bitter was following a couple surveyors around the lush, green western outskirts of Gulu, a growing city in northern Uganda. While the surveyors marked the path of a future road, she was trying to record the songs of some nearby birds for her dissertation. The skittish avians, however, weren’t cooperating, as they scattered whenever she approached.

After giving her a little good-natured teasing, one of the surveyors offered an idea. He took her recorder, placed it under a tree, and told her to walk away for 15 minutes.

“Sure enough, later when I listened to it, it was the most incredible bird recording,” said Bitter, who received her Ph.D. in cultural anthropology from Duke in May.

The recording of those birds can be heard throughout Gulu SoundTracks, a recently released album that infuses Bitter’s field recordings of everyday sounds in Gulu with Afro-dance beats composed by four Gulu music producers.

When she listens to those tracks, Bitter also hears something else: the human connections and the sharing of ideas—interactions that not only lie at the heart of her field recordings, but are also crucial to how those recordings were made and to the city whose stories they capture.

Gulu SoundTracks grew out of Bitter’s dissertation, which puts forth the argument that people make their lived environments into cities through listening and socializing together. To explore that idea, she spent 2016–2018 in Gulu, recording the sounds of life in a place whose official designation as a city had been a work in progress until this July.

“Because my project is about the role of sound and listening in how Gulu was becoming a city, field-recording methods were a critical part of my research,” Bitter said. “Being together with people is both a critical part of my methods and a part of the argument that I’m making for the ways that sound is important to cities.”

Her methods led her to a host of experiences: apprenticing in a garage to observe mechanics working together, shadowing urban planners while they dealt with environmental and community concerns, accompanying the aforementioned surveyors as they marked the paths of the city’s growth, walking the streets with a friend, serving as an understudy in a local music studio.

That last experience connected Bitter with four Gulu music producers. When she decided in 2018 to turn her field recordings into musical tracks, she turned to that quartet.

“As I was accumulating field recordings, I felt like the recordings were asking me the question, ‘Now what are you going to do with me?’ ” Bitter said. “In thinking through that, the idea of handing a selection of them to these music producers and sort of honoring the relationships that we had already built throughout the earlier phase of my research felt really natural.”

Each producer created two tracks, layering her field recordings over their own musical compositions. That layered approach is mirrored in the album artwork—collages created by Bitter, who practices art alongside her scholarship.

“In choosing to create collages, I was choosing a creative practice that parallels the audio production practice,” she said. “It’s layered and mixes pieces rather than gives a discrete image like photography. It’s using photographic images, but it’s using pieces of them to make something new in the same way that the producers use my sound recordings to tell stories.”

A Product of Many Connections

Bitter’s connection with Gulu stretches back to 2009. Fresh out of college and living in Jinja, Uganda, she joined an oral histories project in Gulu led by one of her undergraduate professors. Her years of living and working in Gulu planted the seed for her dissertation idea, and the connections she found in Gulu and at Duke helped bring it to fruition.

After completing her master’s in anthropology at The New School, Bitter picked Duke for her Ph.D. studies because it seemed a good fit for her dissertation idea. Duke offered a strong Department of Cultural Anthropology that had an emphasis on African Studies, close relationships with the Departments of African & African American Studies and Gender, Sexuality, and Feminist Studies, and scholars who were interested in the anthropology of sound, such as Associate Professor Louise Meintjes, who ended up being Bitter’s dissertation adviser.

Once at Duke, she discovered something unexpected but equally critical—the interest in experimental work that was facilitated through the Humanities Labs in the John Hope Franklin Humanities Institute. Those labs helped her connect with other scholars interested in the intersection of sound studies and digital scholarship, some of whom ended up as contributors to Gulu SoundTracks.

Bitter found other resources at Duke along the way. For instance, she was awarded university funding for key aspects of her work, on top of grants from the National Science Foundation and the Wenner-Gren Foundation. An Aleane Webb Dissertation Research Fellowship from The Graduate School helped her buy recording equipment, while a Graduate Student Training Enhancement Grant allowed her to spend a summer getting more training in audio production.

When it came time to develop the website for the project, she received significant help from the Digital Scholarship and Publishing Services team at Duke University Libraries.

“It was the combination of disciplinary support, digital scholarship support, and this idea of humanities as a place of experimentation that’s cultivated in the labs that really helped this project emerge,” Bitter said.

A Joyful and Complicated Place

What emerged were eight audio tracks presenting a series of narratives about daily life in a vibrant city that serves as a vital transport and trade hub in a region with a history of civil strife. The album, Bitter said, tries to give a sense of Gulu and its many facets without bounding it in limiting descriptors like “a post-conflict place.”

The track “Fast Life,” for instance, conveys some of this complexity, lacing its lighthearted dance-club beats with Bitter’s recordings of power generators, and the sound of an owl’s hoot, a sound associated with death in the Acoli culture of northern Uganda.

“It’s gesturing at loss and grief and the fact that a lot of times you just have to keep going,” Bitter said. “There is a heaviness to it, but also a lightness. A lot of the tracks, and in fact the whole project, are kind of grappling with this idea of Gulu being both a joyful place and a complicated, hard place.”

After the tracks were completed, Bitter and her collaborators gathered for a listening session where the producers discussed the stories they tried to tell and the techniques they used. In the process, the themes at the heart of Bitter’s research again came to the fore.

“The shared sentiment across all five of us,” Bitter said, “was how lovely it was to come together, and the pleasure and joy of human connection coming out of sharing ideas and collaborating in this way.”